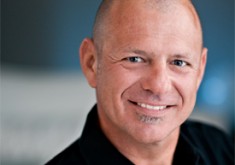 Jorge A. Borrelli graduated from the University of Florida in 1987 with a Bachelor of Design in Landscape Architecture. Jorge received certification for Crime Prevention Through Environmental Design (CPTED) from the Office of the Attorney General in 2002. Jorge also received LEED AP certification in 2008.

Jorge joined Borrelli & Associates, P.A. in 1989 and opened the Orlando office the same year, carrying forward the firm’s reputation as a reliable, responsible and competent architectural firm. Jorge has led the firm’s projects in the Orlando area and has provided planning and landscape support to the Miami office as well. The firm transitioned to Borrelli + Partners, Inc. in 2002 with the introduction of two new partners. Jorge has led the Orlando office over the past 24 years and has developed a reputation for quality and cost effective design work.

Jorge has been involved with every project in the Orlando office over his 24 years as Principal-in-Charge. Most notably, Jorge served in a management role for various projects at the Orlando International Airport, Orange County Convention Center, various school boards and universities such as University of Central Florida and most recently, University of North Florida. Jorge’s background also includes public safety and industrial projects as well. One area in which Jorge has expanded the firm’s portfolio has been in park design and park architecture as well as significant projects in the design of multiple-use trails and greenways. Jorge has also been instrumental in building the firm’s industrial, rail, transportation and Federal portfolios.

Jorge is a firm believer in providing the best design work possible for the client, and in doing this on time and under budget. In keeping with this, he is committed to his employees, whom he chooses based on their talents, their commitment, and their work ethic. Through effective, trusting working relationships, Jorge knows that his firm is able to play to each individual’s strengths in order to create a whole project that exceeds the sum of the its parts.

Jorge is committed to community service and has served in a number of roles over his years in the profession. In the City of Orlando he has served on Hispanic Business Development Task Force, Naval Training Center Reuse Commission, Economic Development Committee, and Citizens Advisory Committee for Parks, Lakes and the Environment. Jorge served on the Boards of Directors for the Hispanic Chamber of Commerce of Greater Orlando, the Consortium for Minority Business Development, and the Florida Recreational Trails Council. In Orange County, Jorge is Past Chairman of the Bikeways Advisory Board and served on the M/WBE Disparity Study Task Force. He is also a member of the Bicycle/Pedestrian Advisory Committee for the Orlando Urban Area Metropolitan Planning Organization. Jorge served on the Florida Greenways and Trails Council, chairing the Council for two years. He is most proud of his service as board member of the Central Florida Zoological Park for nine years, and is currently serving as Secretary of the Executive Committee.